What's It Called? Learn Terms to Correctly Order the Size You Need:

Count how many "slots" in the electrical box are available for mounting either a switch or an outlet: 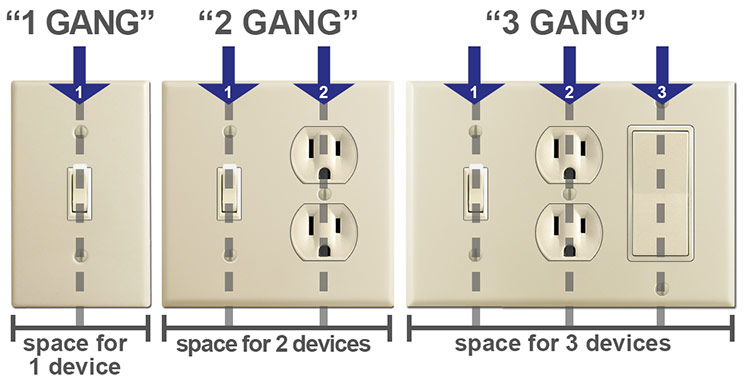 All plates below are shown in the 1-gang size, starting with a 1-gang "Toggle" plate (example #1). 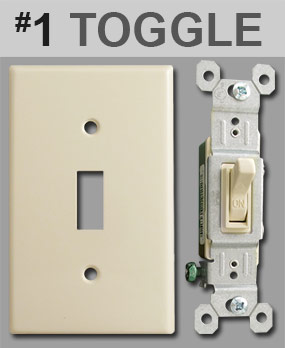 Do your toggles look a little different? Perhaps they're mounted sideways or have a dimmer. 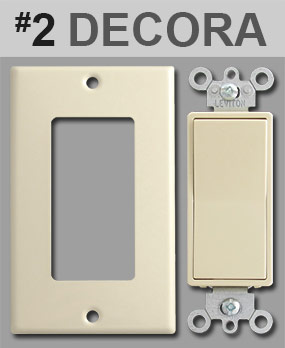 They also come as combination switches with more than 1 switch in a single device, which saves space in your electrical box.

"Decora" is a Leviton trademark term. 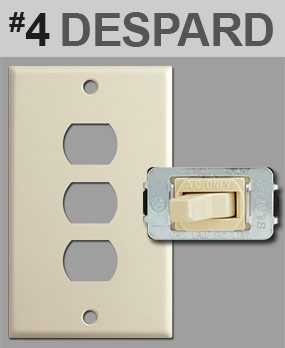 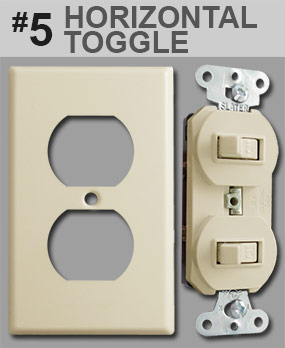 These sideways switches fit into the same opening as a plug or socket and flip side to side to turn lights and bathroom fans on and off. 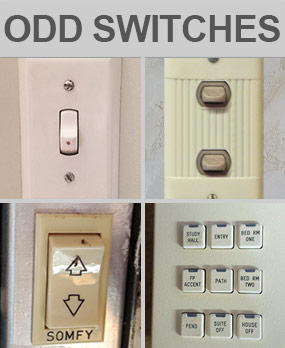 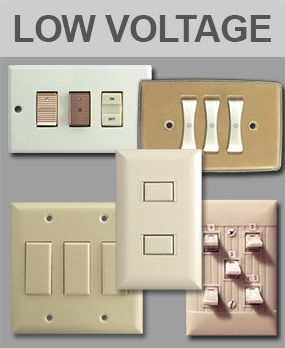 There are many types of older style low voltage light switches (some of which are shown here). Use the link above to identify your brand and find replacement parts. 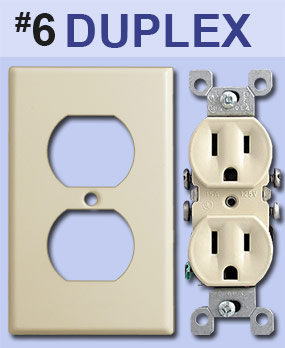 Duplex outlets fit plates with 2 oval openings. They may be referred to as Duplex Receptacles, Sockets, Plugs or Outlets.

Be sure to differentiate between "Duplex" and "Block" or "GFI" outlets - shown next - which fit into a different plate.

Rectangular outlets fit Decora Rocker switch plates and may be referred to as Block Outlets (or Block Receptacles) or Decora Outlets/Receptacles. 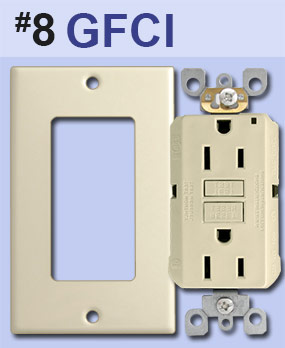 These outlets feature reset buttons between the sockets.

Ground fault outlets are typical in kitchens and bathrooms near water faucets. 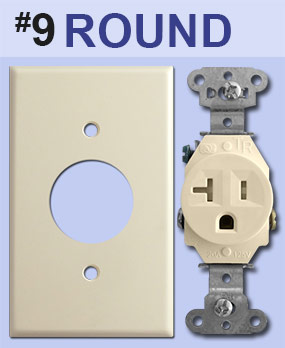 Single 20A round outlets fit plates with 1.4" round openings. 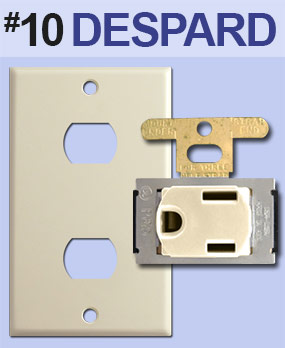 These 15A 125V outlets fit plates with smaller oval openings than Duplex outlets, and can be stacked to fit 3 outlets in a single plate. 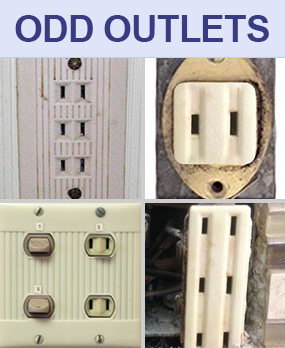 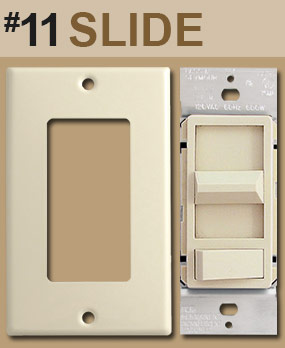 This is the same opening as #2 above for Decora Rocker switches. 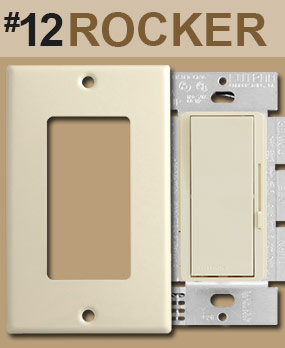 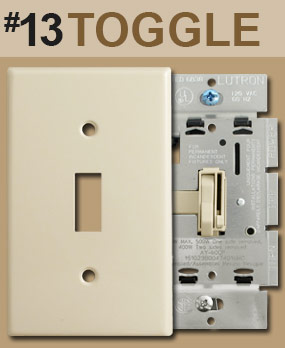 This is the same opening as #1 above for Toggle switches.

The round knob covers the rectangle toggle opening, so this is the same opening as #1 Toggle switches & #13 Toggle Dimmers above.

This is the same size  opening as Push Button switches (#3 above).

Whether your toggle light switch has a rim, no rim or dimmer, it will fit the standard toggle switch plate opening. 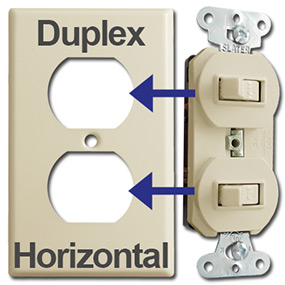 This common type of horizontal toggle switch fits into the same oval openings as a duplex outlet.

May also be called sideways toggles.

Pay close attention to the base of the switch to see if it has the oval shape of a duplex outlet. 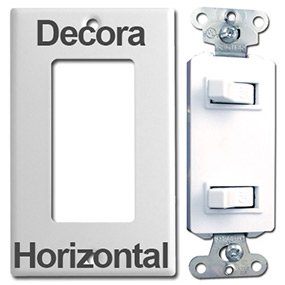 Be certain not to mistake this for the duplex horizontal toggle shown above this one. 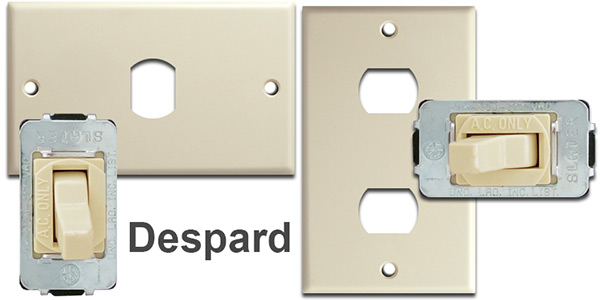