Learn about various toggle switch types for controlling lights and equipment. The common toggle switch fits into a small rectangular opening in wall plates; switches flick up and down to turn lights on and off. Available in 15A and 20A versions with single pole, 3-way and 4-way options.

Do you have an unusual toggle light switch? Although most of us are familiar with standard toggle switches, there are a few types of toggle switches manufactured for toggle switch plates, and some for other plate openings.

If you have hard-to-find toggle switches, review your options below. 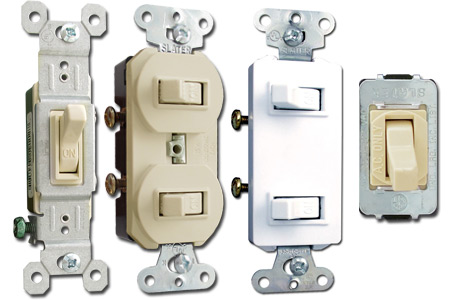 When replacing toggle light switches, keep in mind there are different styles. Pay close attention to how your switches look if you want to get replacements to match the style you already have.

This is especially critical if you already have your cover plate, since there are 4 different types of cover plates to fit toggles, depending on their type. 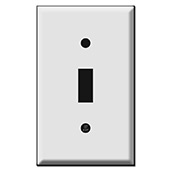 This is a standard toggle switch plate. It has a small rectangle opening and 2 screw holes that are 2-3/8" apart center to center.

The following 3 types of toggle switches fit a standard toggle cover plate opening, but they do vary in look and functionality:

As you can see, some toggles (including toggle dimmers) have a rim around the base that shows, while other types do not.

If you have a preference in the look of one style over another, pay close attention to the product image when placing your order.

These 3 types of horizontal toggles (toggle switches mounted sideways rather than vertically) fit 3 different types of cover plates. It's important to note which type you have if you need a new switch or are just looking to replace the cover. 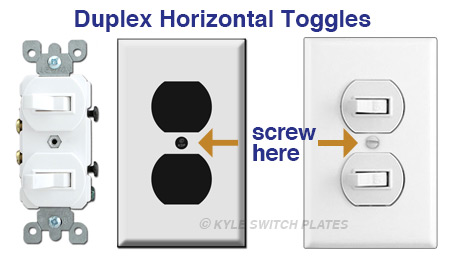 Requires a duplex outlet cover opening, which has a single center screw. 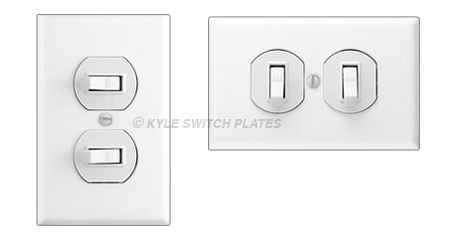 Here, you can see that duplex horizontal toggles can be mounted horizontally or vertically. 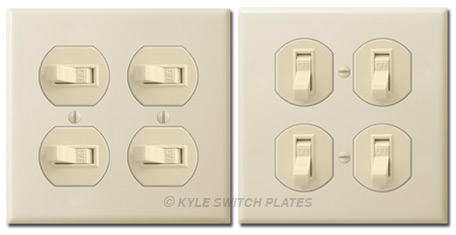 Double gang versions may also be mounted in either direction. 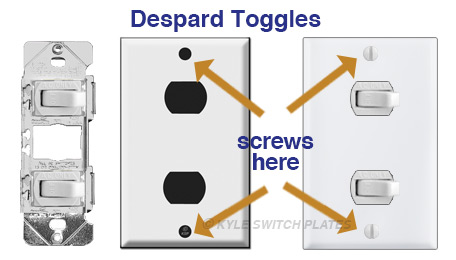 Another style of toggle switches are these Despard switches. The base around the switch itself is smaller on Despard toggles than on the Duplex Horizontal Toggles above.

To determine if your switches are Despard style, note the placement of the screws. There are screw holes at both the bottom and the top of the plates for Despard switches. 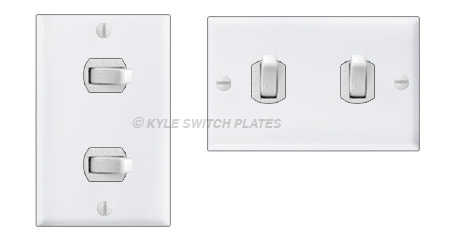 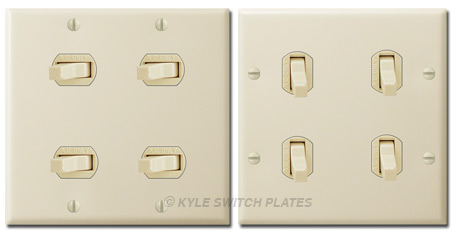 A 2-gang cover can hold 2, 4 or 6 despard switches and be mounted vertically or horizontally. 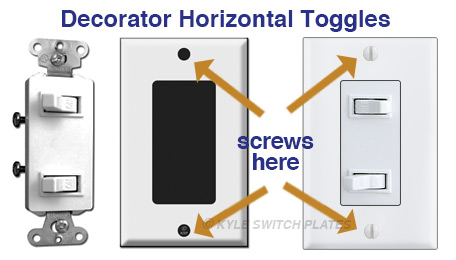 Less common, these toggle switches are mounted on a square type decorator housing so they can fit into Decora Rocker switch plates (with those large modern rectangular openings for rocker switches).

These allow you to take advantage of the flexibility of decorator rocker wall plates while still matching the general style of your other normal toggle light switches. Buy decorator horizontal toggle switches. 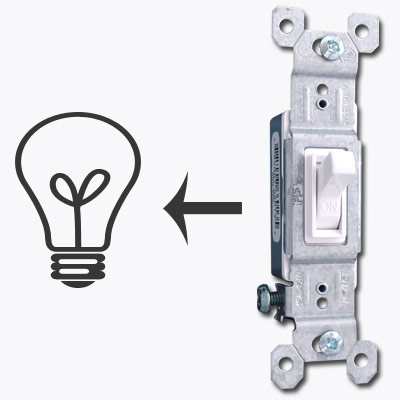 "Single-pole" refers to a single switch, in a single location, that operates a light (or set of lights). If you can't turn those specific lights on and off at a 2nd location, you have a single-pole light switch in place. 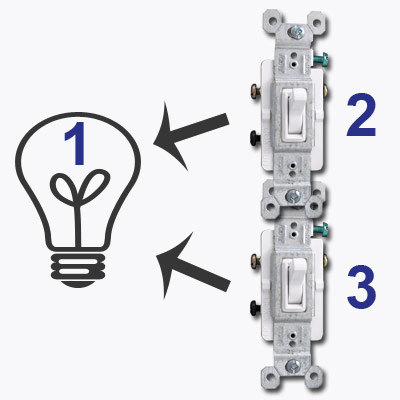 Electrical switches that work together to control one light from two places - both ends of a hallway, each sides of a room, or opposite levels of stairs - are actually called 3-way switches (the three points in the circuit are the light plus two switches).

Tip: If necessary, you can wire a 3-way switch as a single pole if your installation plans change. 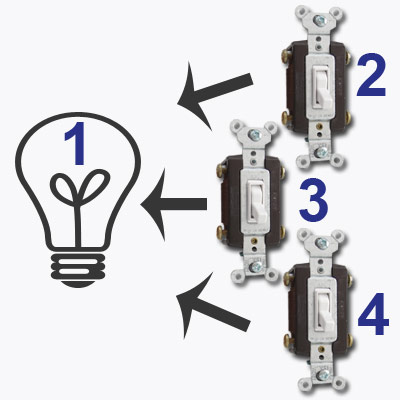 Four-way electrical devices provide control of a single light from 3 locations. If you have three separate switches that control 1 light (for example, 1 at each end of a 2nd floor hallway plus a third at the bottom of the stairs), you will need to install one four way switch in conjunction with two 3-way switches in those locations. 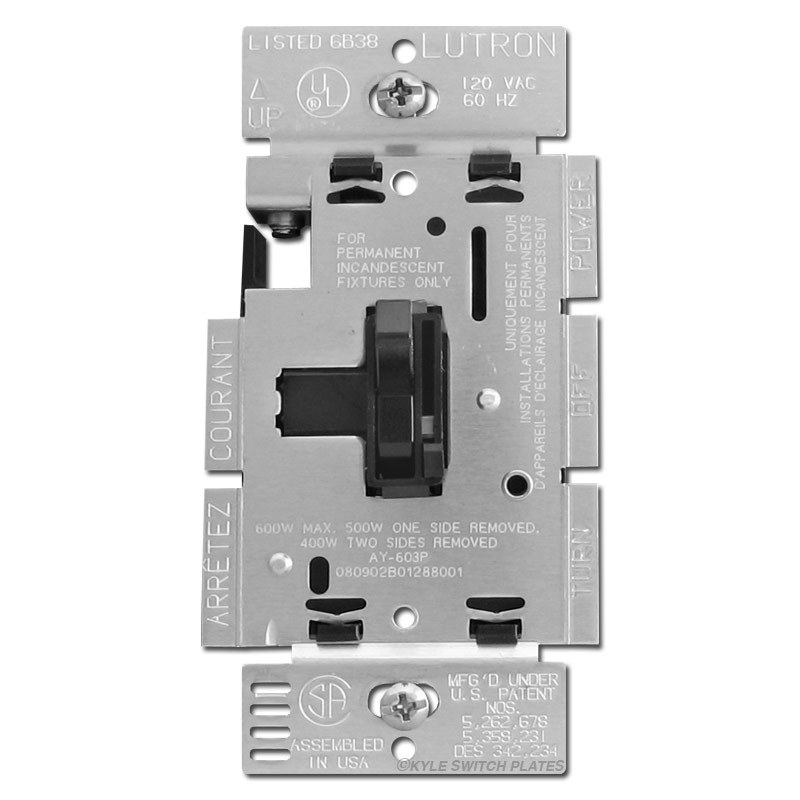 These specialty toggles allow you to dim lighting either with by moving the toggle up and down or by presetting the light level with a small side lever then switching the toggle up and down. Note that the toggle on this second style with the small lever is slightly narrower than a regualr toggle, but the base of it is still a standard size. Both of these types fit into a normal toggle light switch plate. 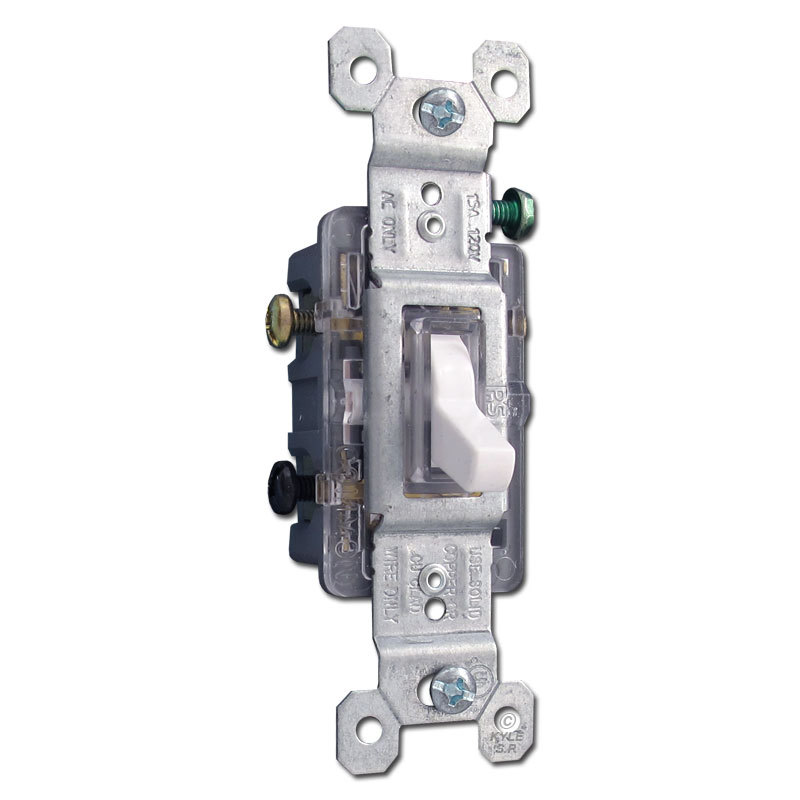 Another variation of regular toggles, these illuminated switches have a small light behind them that, when off, offer a faint glow to make them easier to find in the dark. The toggle device at left has a clear border around the toggle that allows the light to shine through. Buy lighted light switches. They fit regular toggle switchplates. 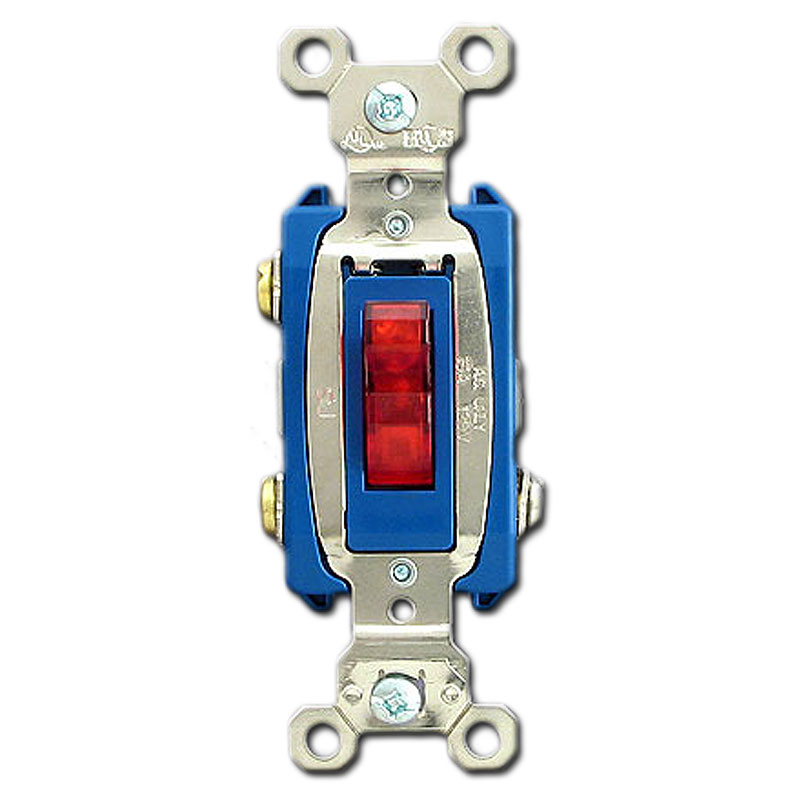 These specialized switches illuminate when on to indicate that lights or equipment are still running. They are a good safety and energy-saving option for electrical devices that are out of sight - pond pumps, outdoor walkway lighting, etc. Buy lighted pilot switches. 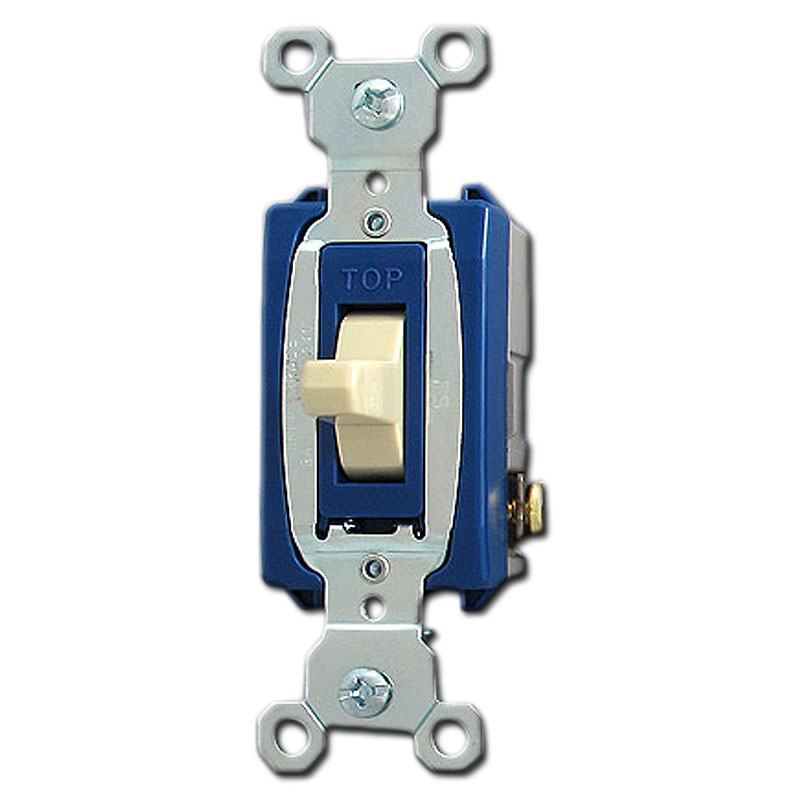 These 3A 24V momentary switches are similar in shape to a standard toggle light switch and fit into the same type of light switch plate, but with a major difference. Unlike regular electrical toggle switches that are either in the up/on or the down/off position, low voltage light toggles stick straight out from the switchplate when at rest. They can only be momentarily switched up or down to make contact with the circuit to turn lights on or off, then they flick back to center. They are designed for energy-saving low voltage lighting systems (GE, Bryant, etc.) including those that were installed in midcentury homes. Buy low voltage toggle switches. Fits standard toggle light switchplate covers.

Customers often ask if they can buy narrow toggle switches or if they are even needed when installing a narrow wall plate in a constricted location. If you have a tight space, you can still install a standard toggle switch along with a standard electrical box and just use narrow switch covers. The electrical box is mounted below the wall surface out of sight, so it shouldn't matter.

One exception to this would be toggle dimmer switches which may have a large flange around them that would not be covered up by a narrow wallplate.

Note that narrow toggle switches are not manufactured, nor are narrow electrical boxes, because the devices still need clearance around them. Consult with a licensed electrician about your particular situation.